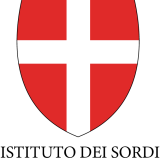 In recent years, the share of young people not in education, employment, or training (NEETs) has shown a remarkable increase in many European countries, such as Italy, Greece, Spain and Bulgaria. The wide diffusion of NEETs represents an alarming social issue, as being NEET predisposes young people to long-term unemployment and social exclusion (EUROSTAT, 2019). More specifically, unemployment is generally higher among young people than prime age adults, and those who do work tend to have poorer-quality jobs and are much more likely to be on temporary contracts or to earn low wages than older workers. Moreover, young people with disabilities are twice as possible to be in a NEET situation as their peers without disabilities.

Published in Entrepreneurial skills
Tagged under
Be the first to comment!
Read more...